After a construction period of just over nine months, the official opening ceremony for the new TFA Dostmann Logistics Centre took place on 31 July 2015 in the Wertheim district of Reinhardshof. The 18,000 square-metre site is now home to an imposing warehouse, of which the tallest column rises to a height of over 16 metres. With a usable floor space of 4,300 square metres on two storeys, the new site offers space for 5,300 pallets. 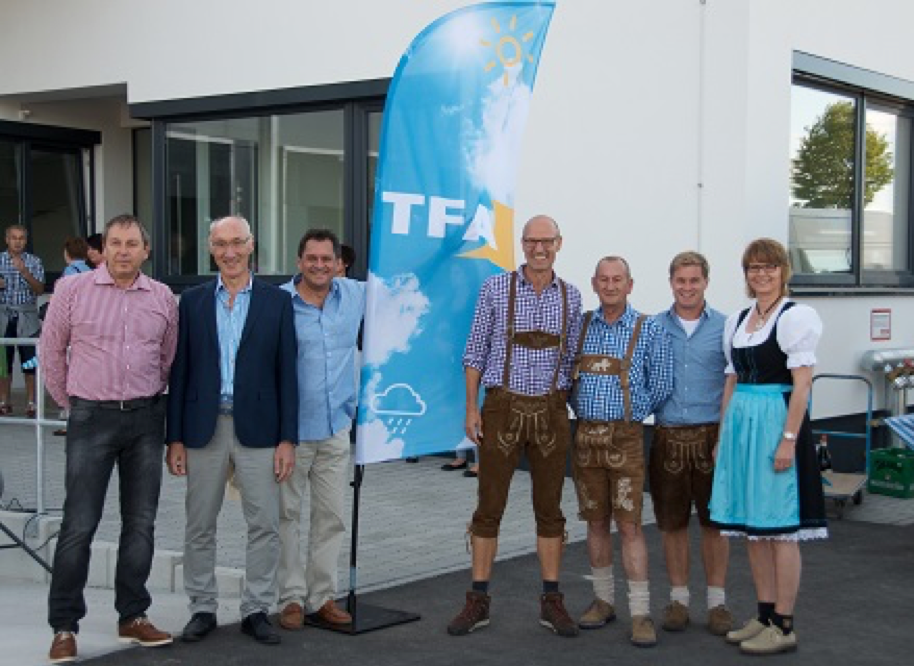 Moving to the logistics center

The process of moving the TFA goods from the six old warehouses is almost finished. However, the entire logistics centre is only scheduled to be completed by 2016. That is when the automatic carton warehouse will be commissioned and the customer service department will be further improved through optimised product availability and delivery capability.

The opening ceremony had a Bavarian theme and a good number of the 150 guests, most of whom are employees of Dostmann companies, turned up dressed for the occasion in dirndls, lederhosen and check shirts. They were given the chance to view the new warehouse in groups and were shown their new workspaces by the colleagues responsible. The impressive sprinkler system attracted a great deal of attention. The system, which has an installed line length of around five kilometres and can be activated in case of fire, ejects approximately 6,600 litres of water per minute from around 3,000 sprinkler heads.

Guests at the event were invited to take part in a number of traditional Bavarian activities, including log sawing, nail hammering and beer stein carrying, which meant there was plenty of fun to be had. Later in the day, there was a BBQ with Bavarian delicacies and accompanying live music for the guests’ enjoyment. 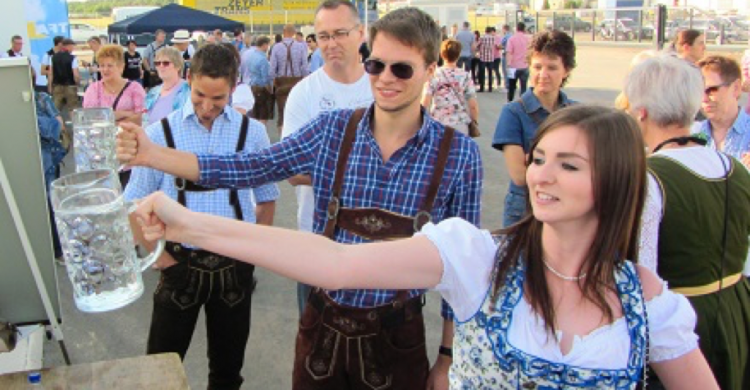 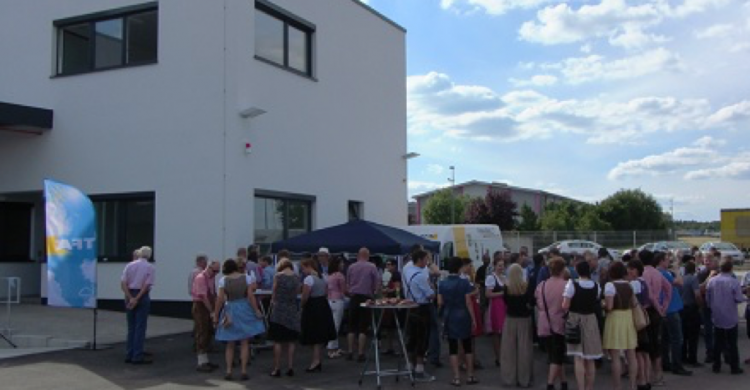 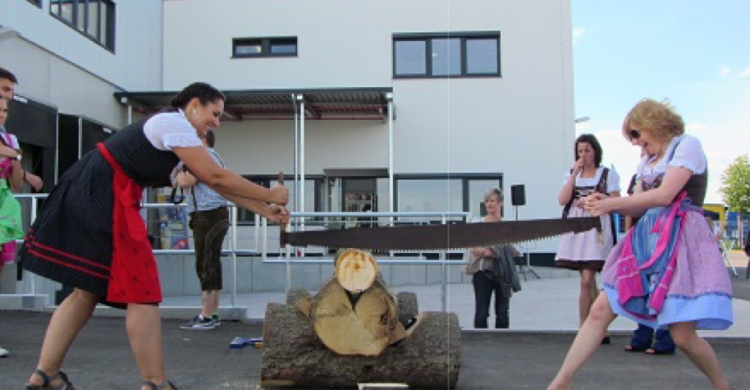 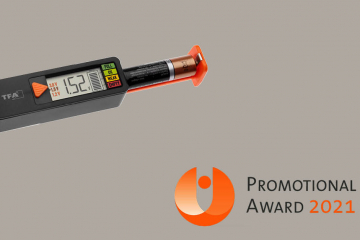