Weather is defined as the measurable actual state of the lowest layer of the earth’s atmosphere at a specific location with regard to air temperature, humidity, air pressure, precipitation, wind speed and cloud cover. The weather that we can feel appears as sunshine, heat, thunderstorms, rain, snow, cold or hail, among others.

The weather has long fascinated people. There is hardly anything that influences us more than the daily weather. We sweat in the summer heat, get wet when it rains and freeze in the cold. Many people’s moods also depend on the weather. But what actually is the weather and how does it come about?

The weather characterizes the state of the atmosphere and is a snapshot at a particular location. More precisely, weather phenomena only occur in the lowest layer of the Earth’s atmosphere, the so-called troposphere. This reaches about 10 – 18 km high from the ground to the beginning of the stratosphere.

Meteorology, also called meteorology for short, deals scientifically with the weather and the associated areas such as weather forecasting. The weather can change several times a day – in contrast to the weather situation and weather conditions.

Weather elements and their measurement 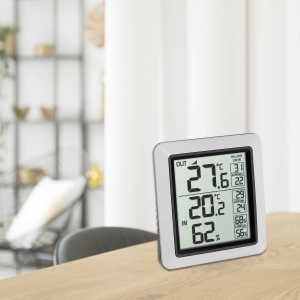 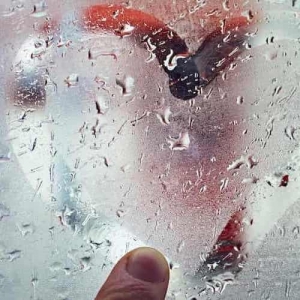 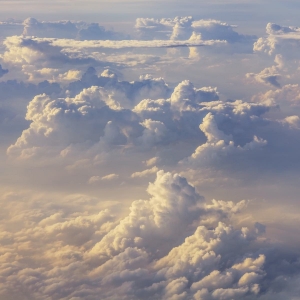 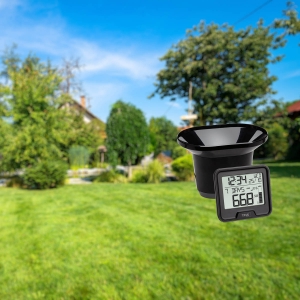 Air temperature is one such weather element. Air temperature is the temperature of the atmosphere near the ground, which is not influenced by solar radiation, ground heat or heat conduction. Temperatures are measured with a thermometer in the units degrees Celsius (°C, e.g. 25 °C), Kelvin or Fahrenheit. 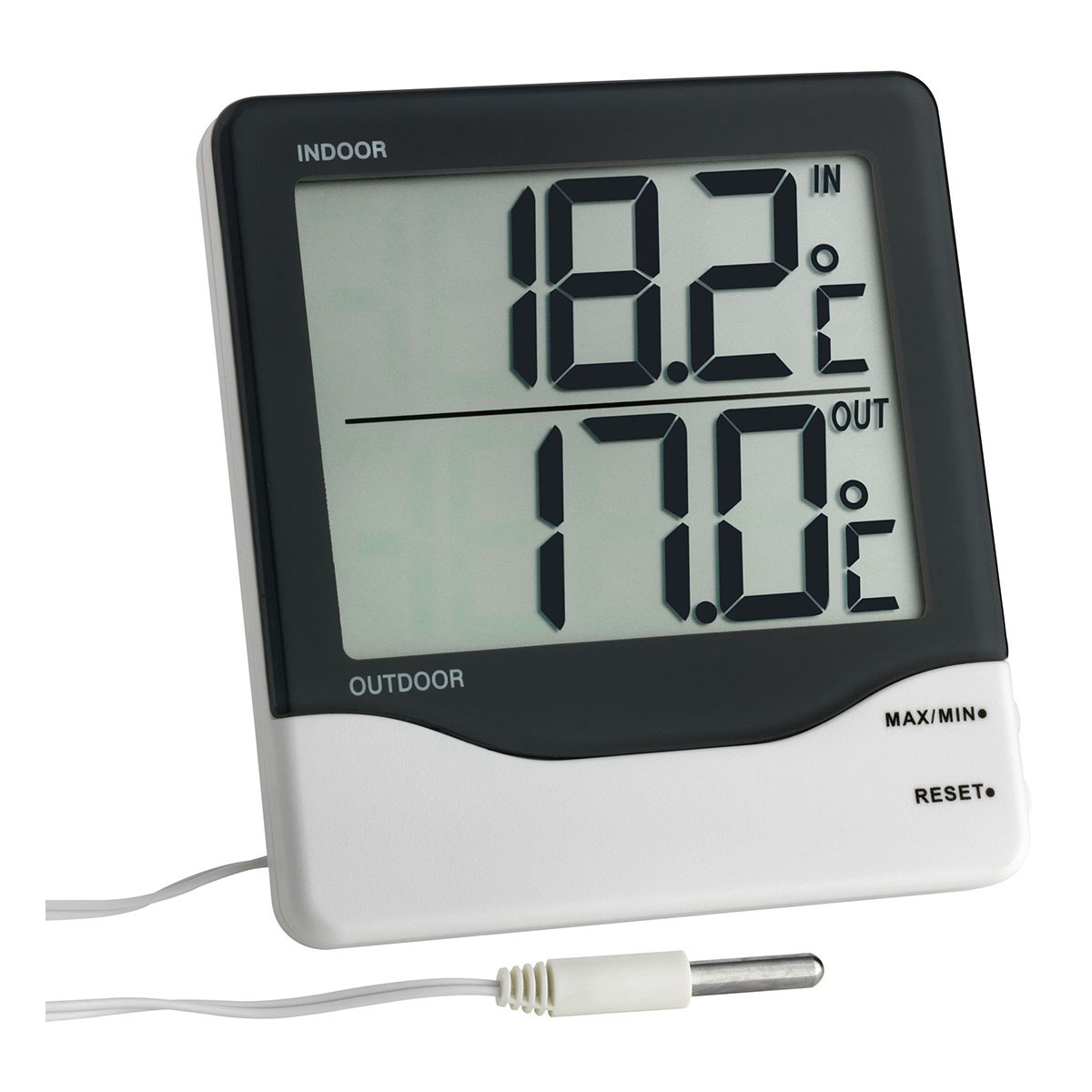 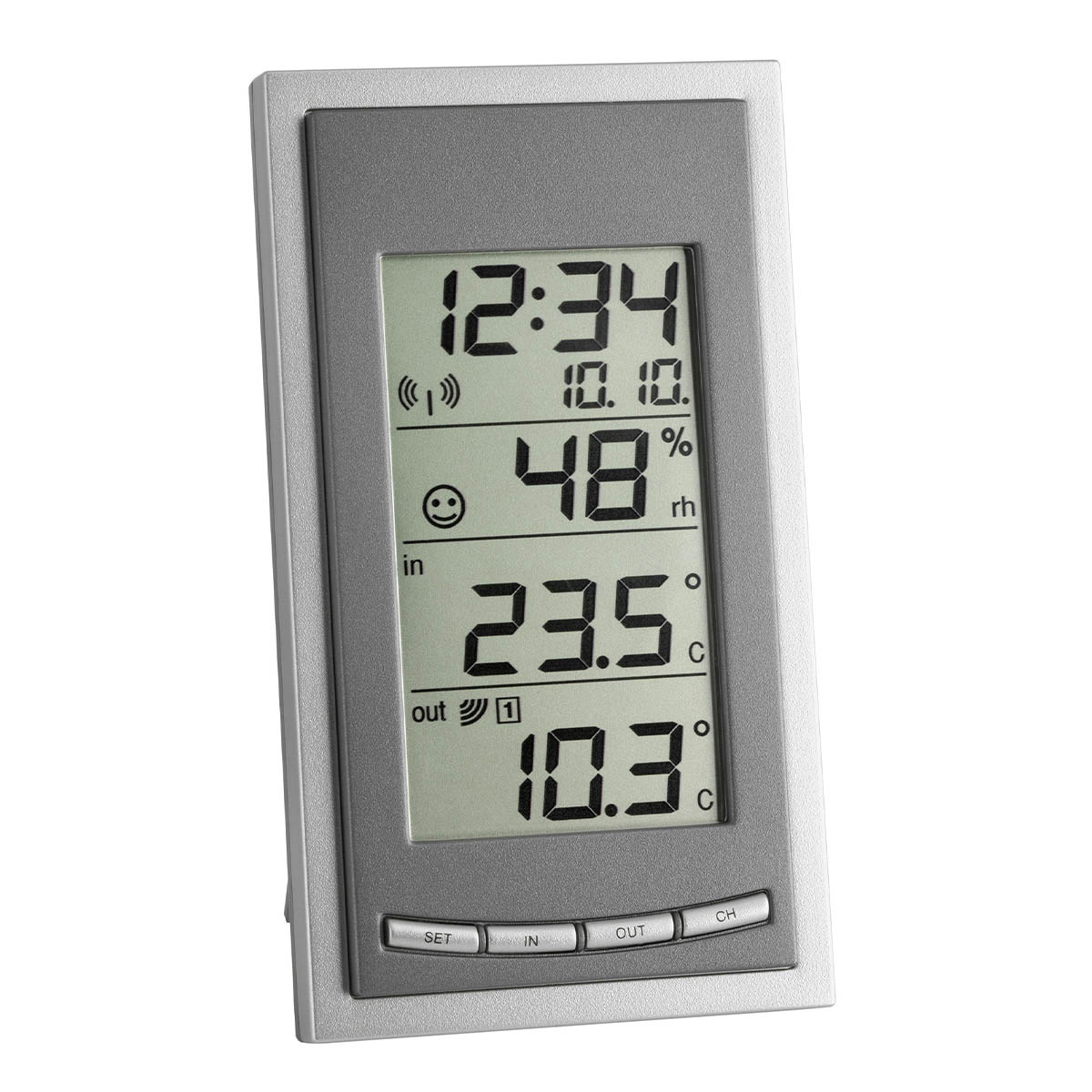 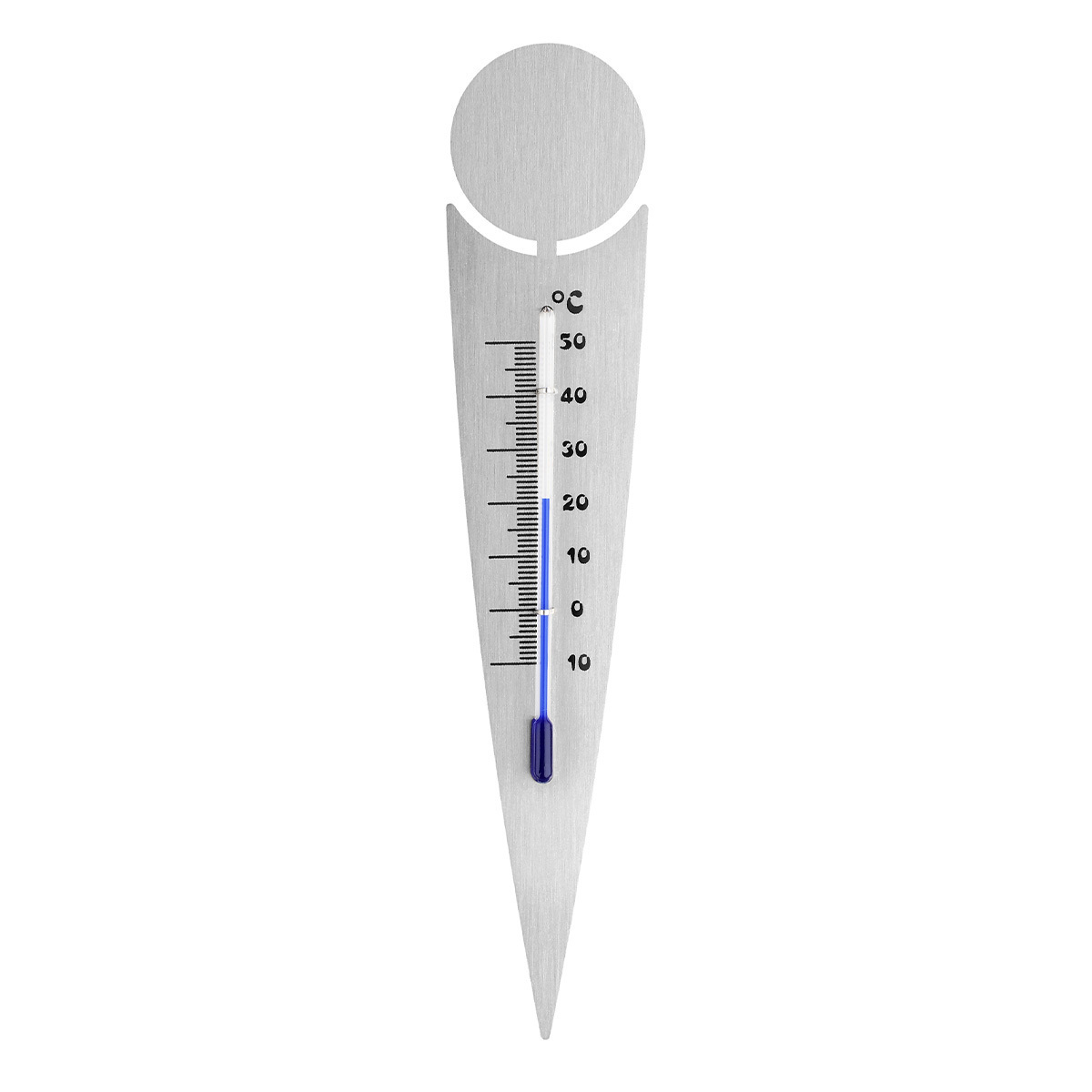 All articles of: Thermometer 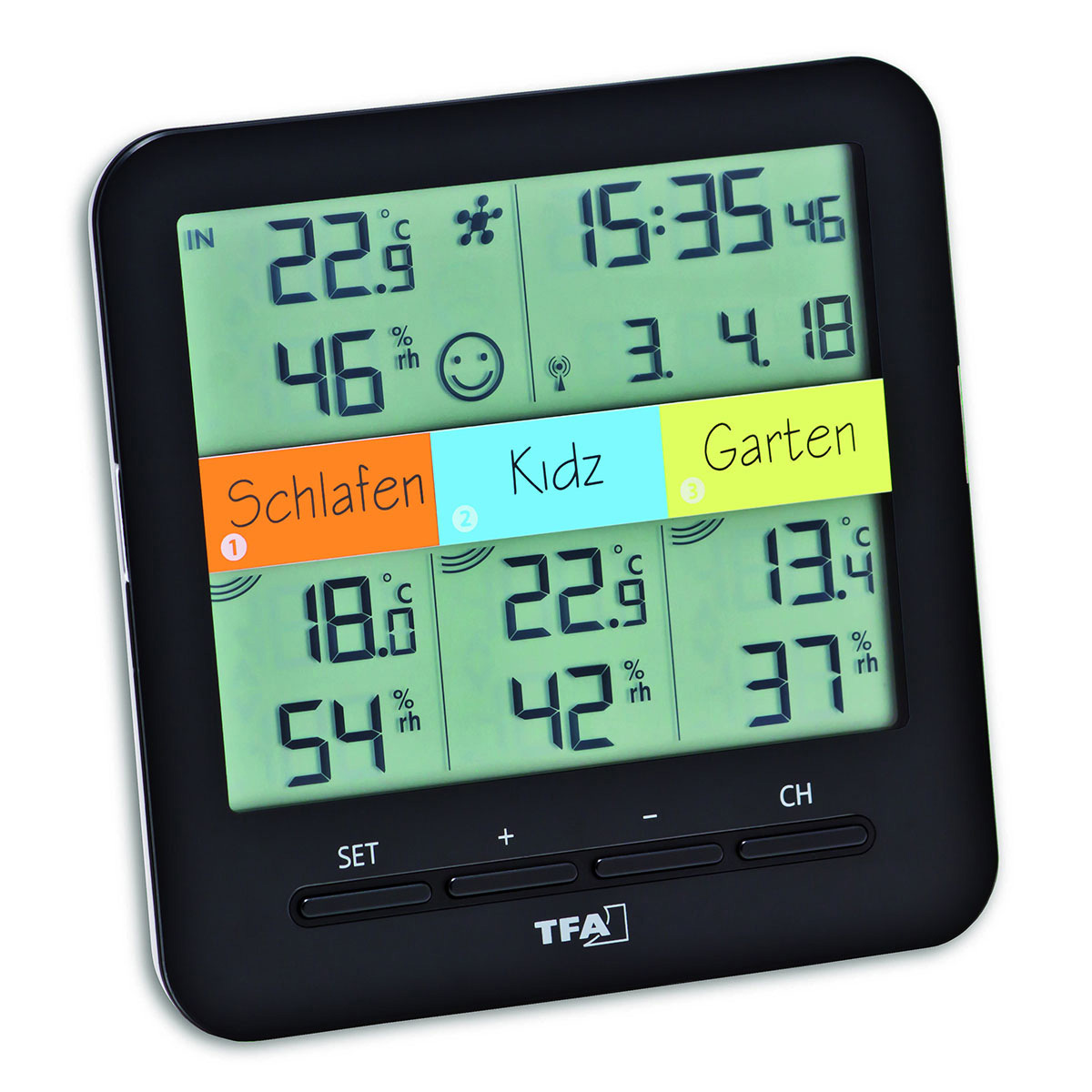 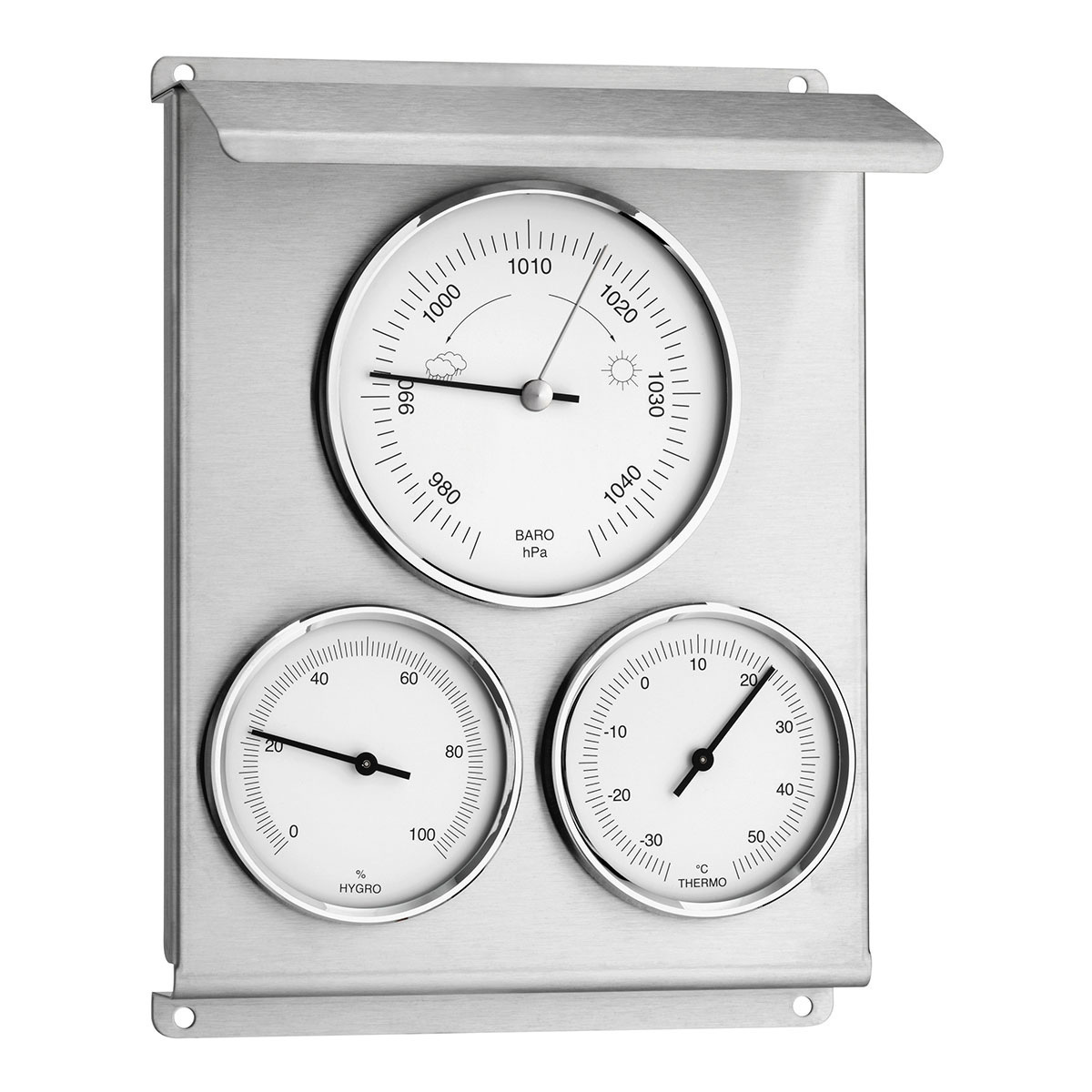 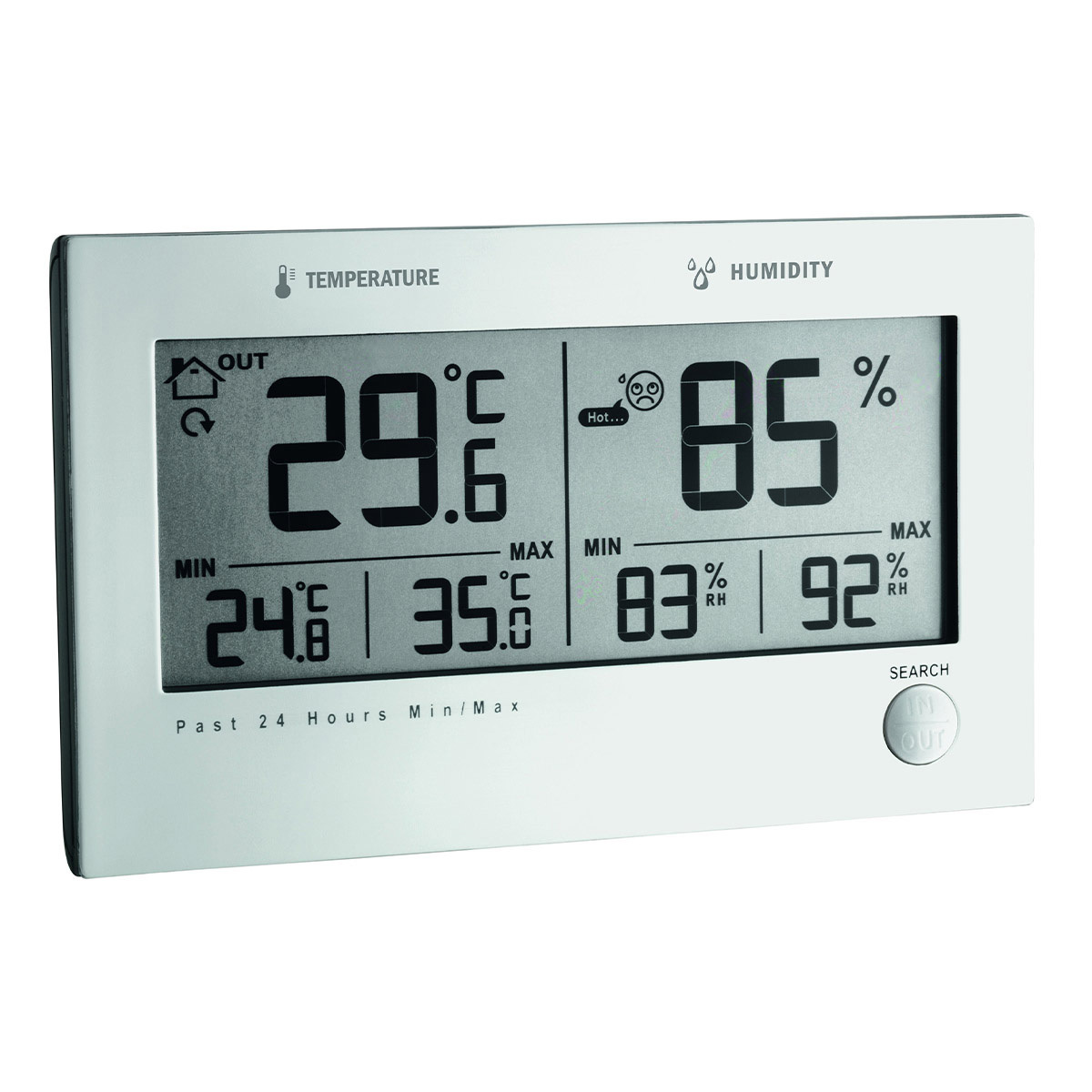 All articles of: Thermo-Hygrometer

Air pressure is the hydrostatic pressure of the air at a specific location in the earth’s atmosphere. Air pressure has a great influence on the weather because pressure differences in the atmosphere lead to compensating currents and low and high pressure areas cause certain weather phenomena. The air pressure is measured with a barometer. In every weather station with a reliable weather forecast a barometer is also integrated. 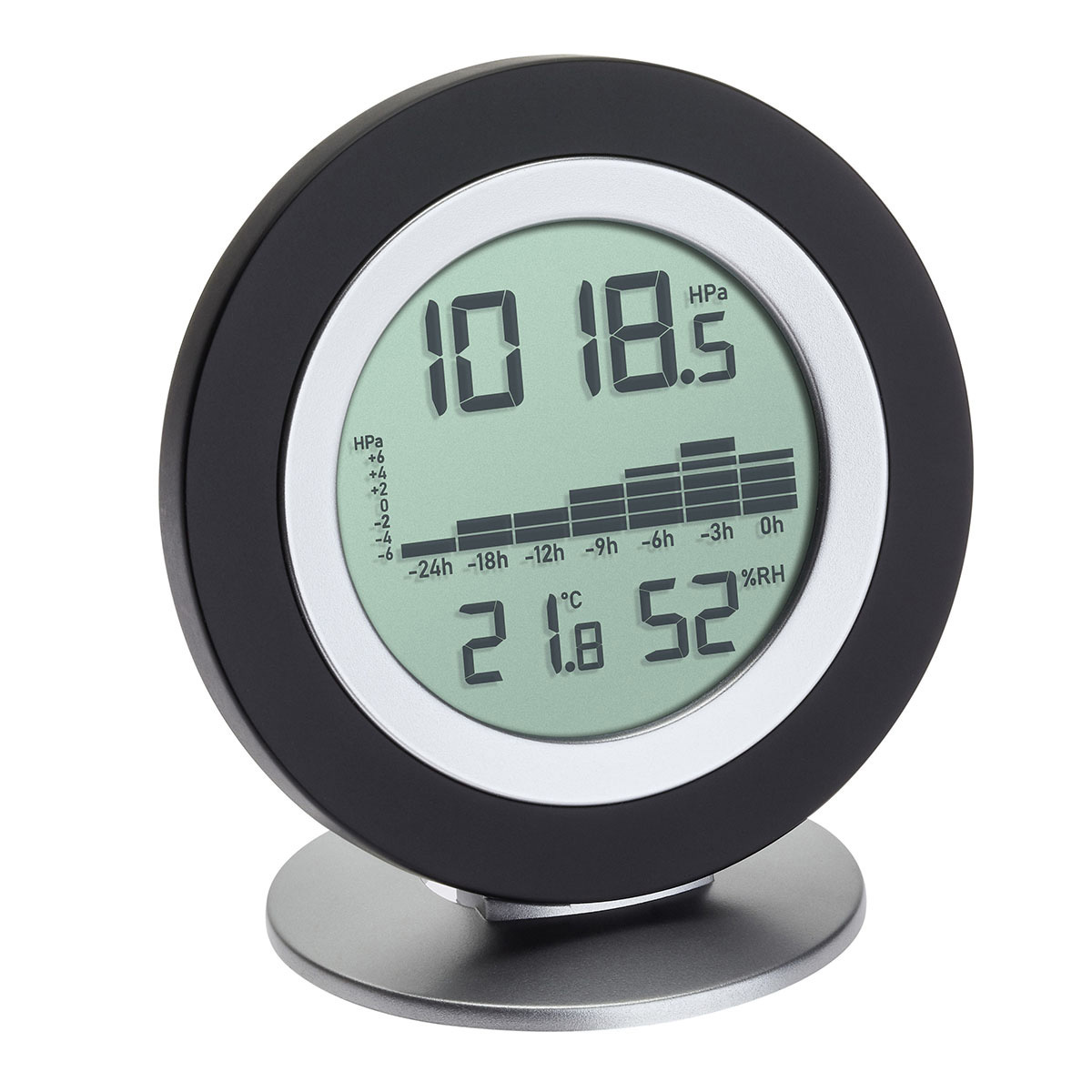 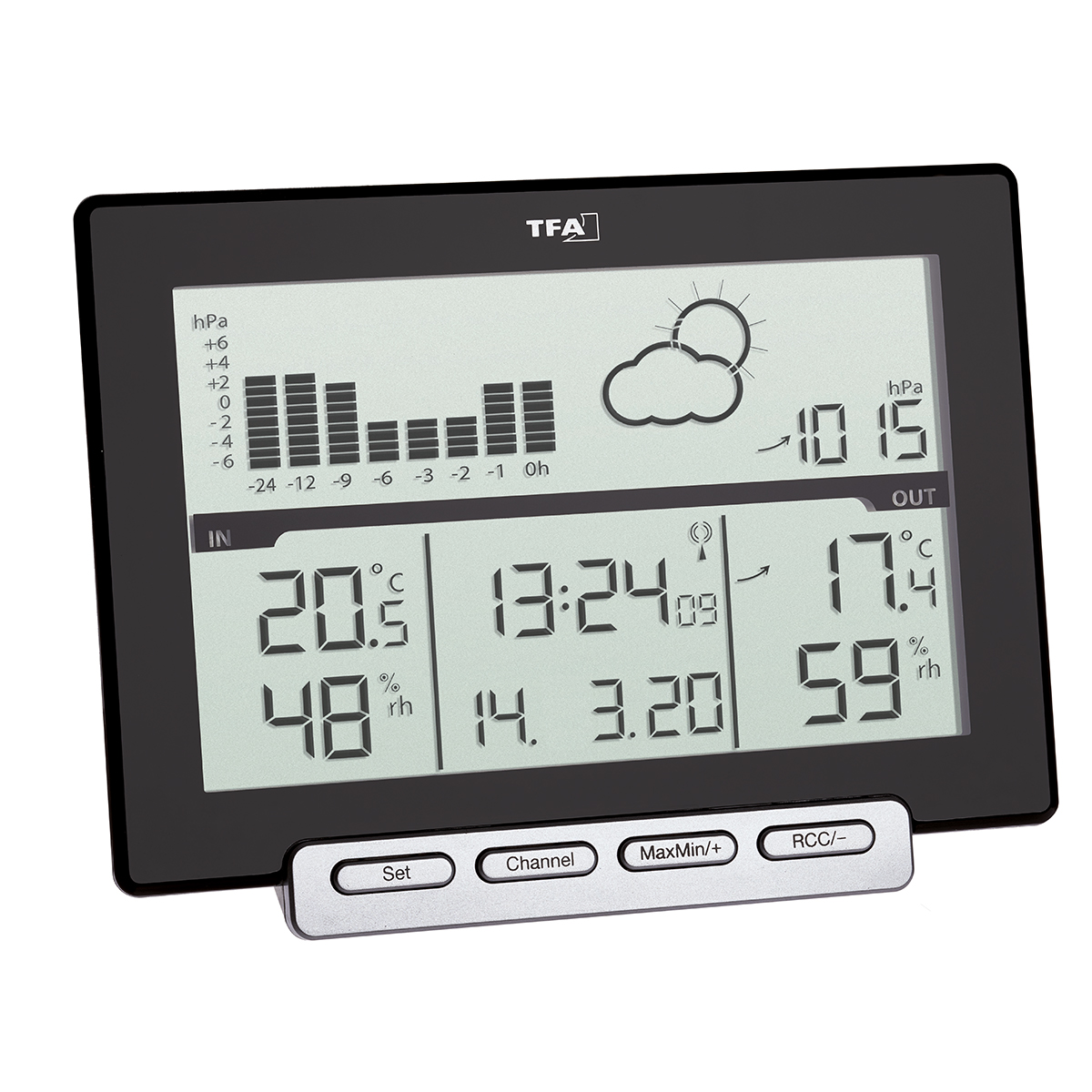 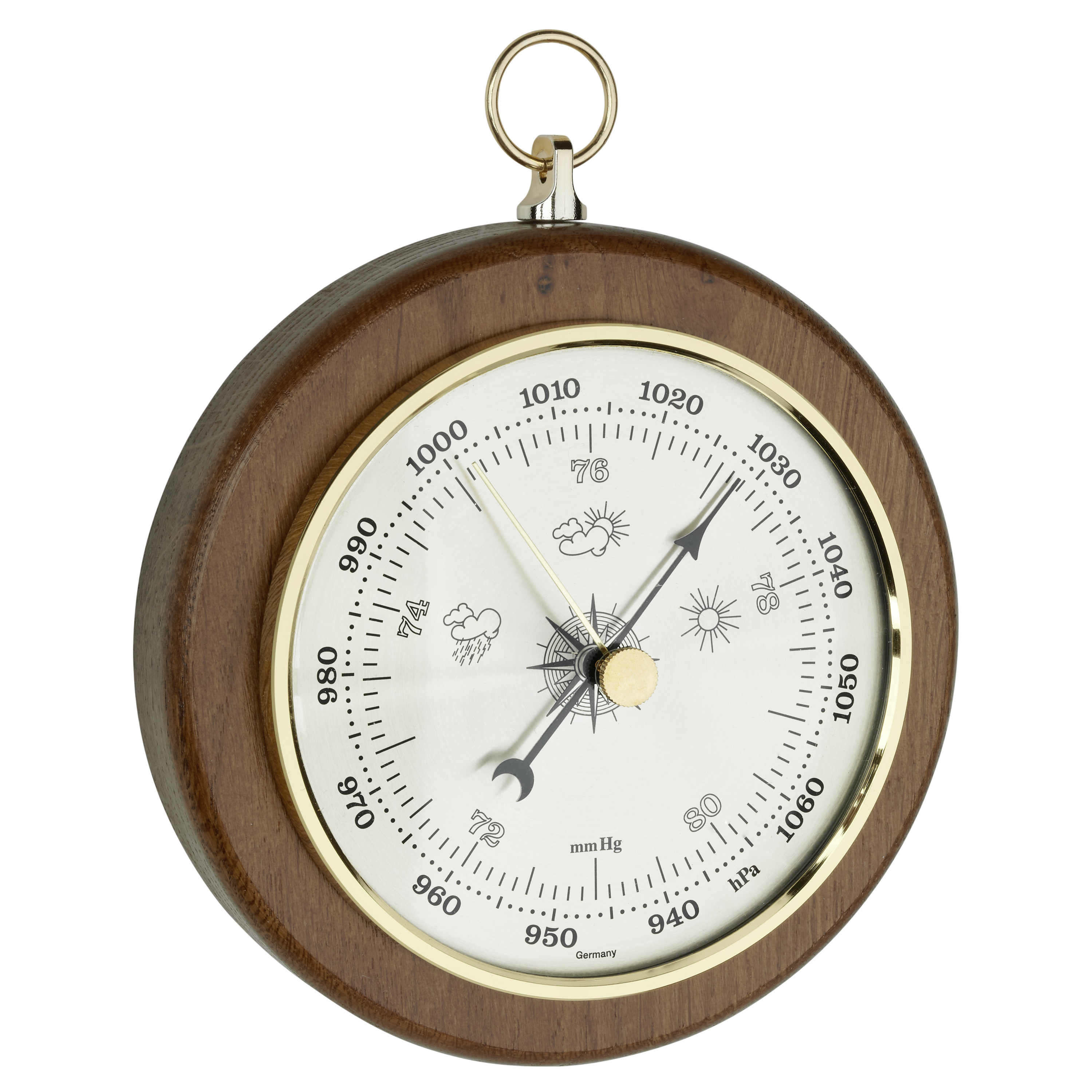 Analogue Barometer Made of Oak

All articles of: Barometer

All articles of: Weather Station

If water is released from the atmosphere, this is called precipitation. This can have various forms and manifests itself as rain, hail, snow, sleet, dew or frost. The precipitation is measured with a rain gauge. 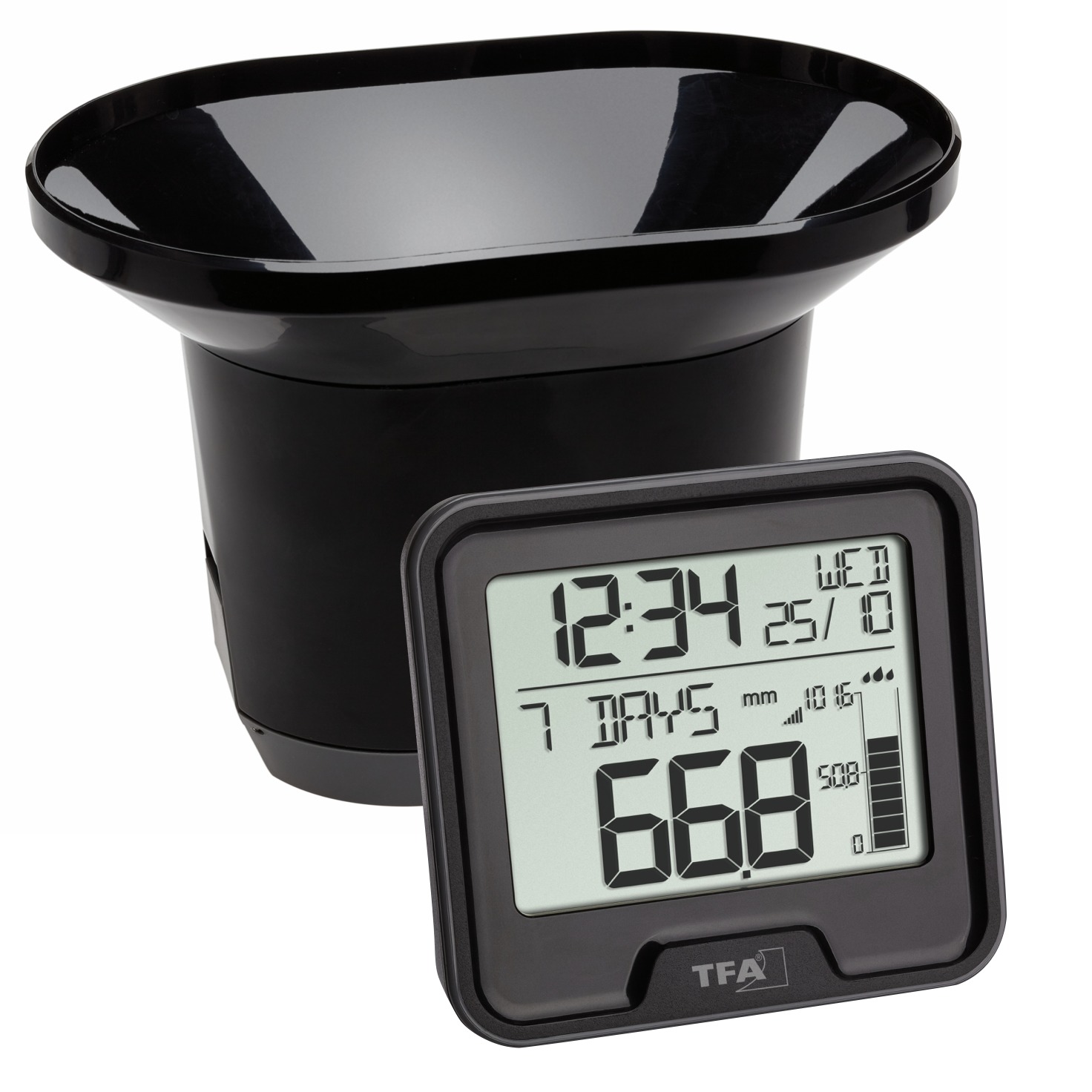 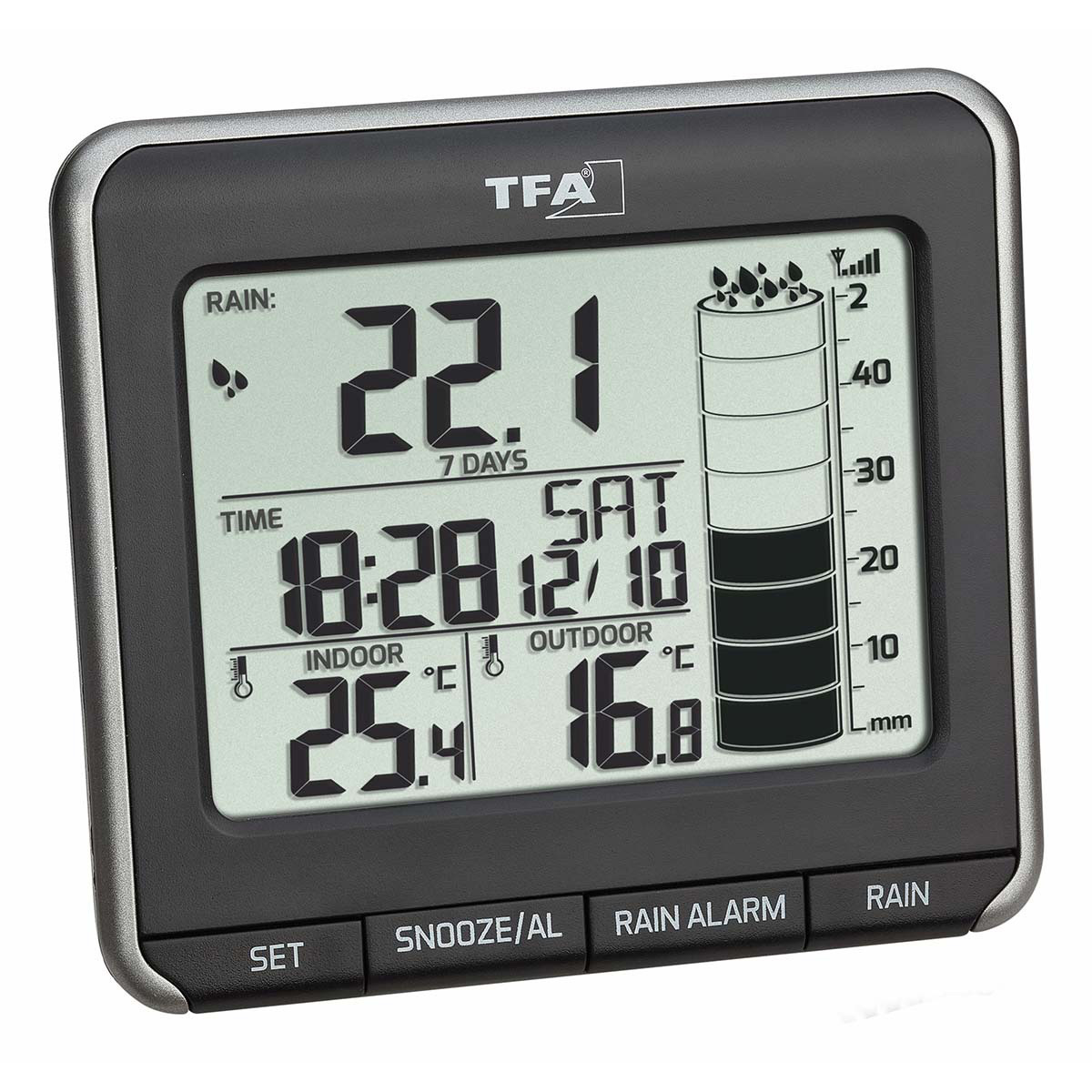 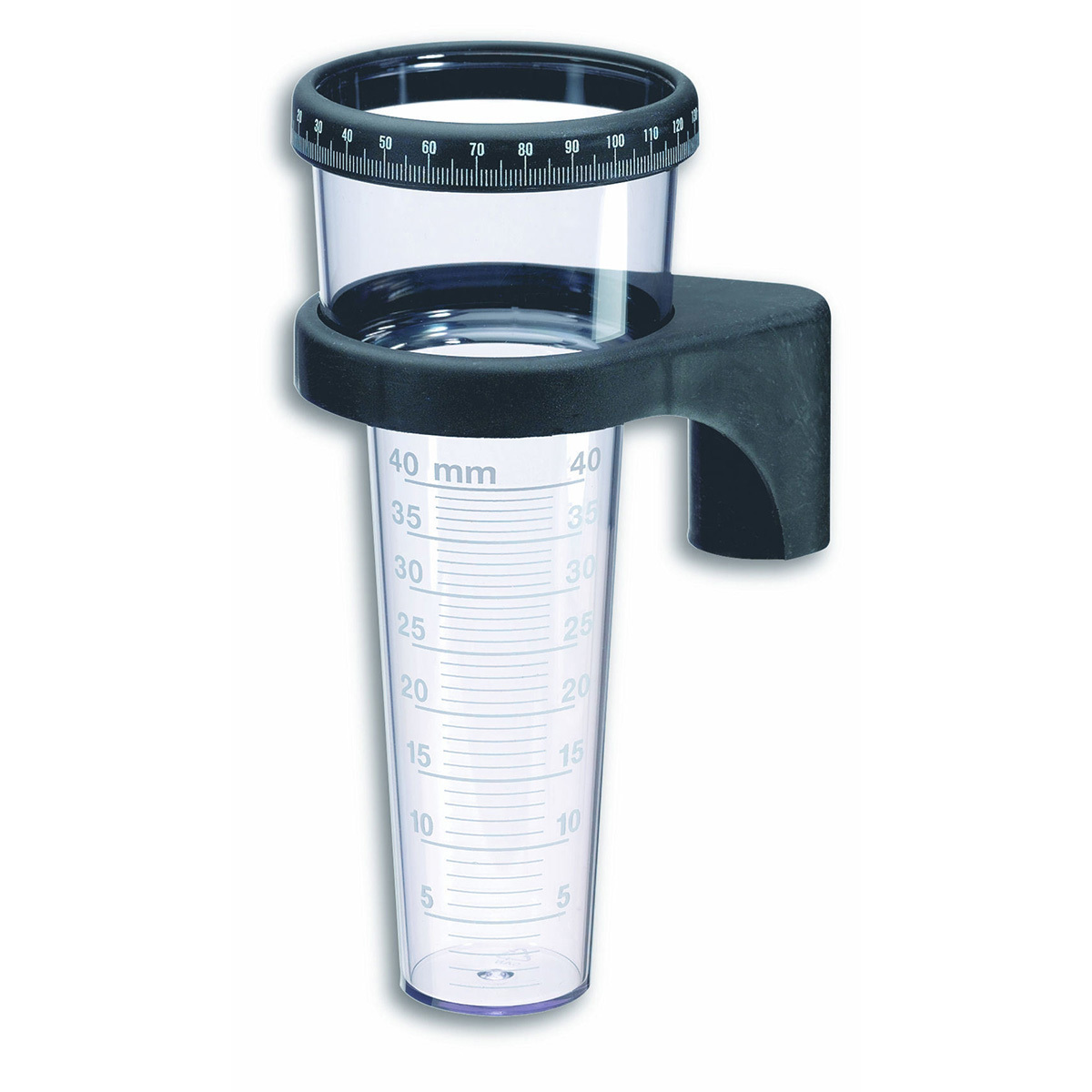 Wind is an air movement with a certain direction. Wind is usually caused by higher air pressure in one area than in another area. The wind speed is measured with an anemometer, the wind direction with a wind vane.

Special phenomena are for example thunderstorms, heavy rain, smog, snowstorms or meteorological lights. Cloudiness is also one of the weather elements.

Where and how is the weather made? 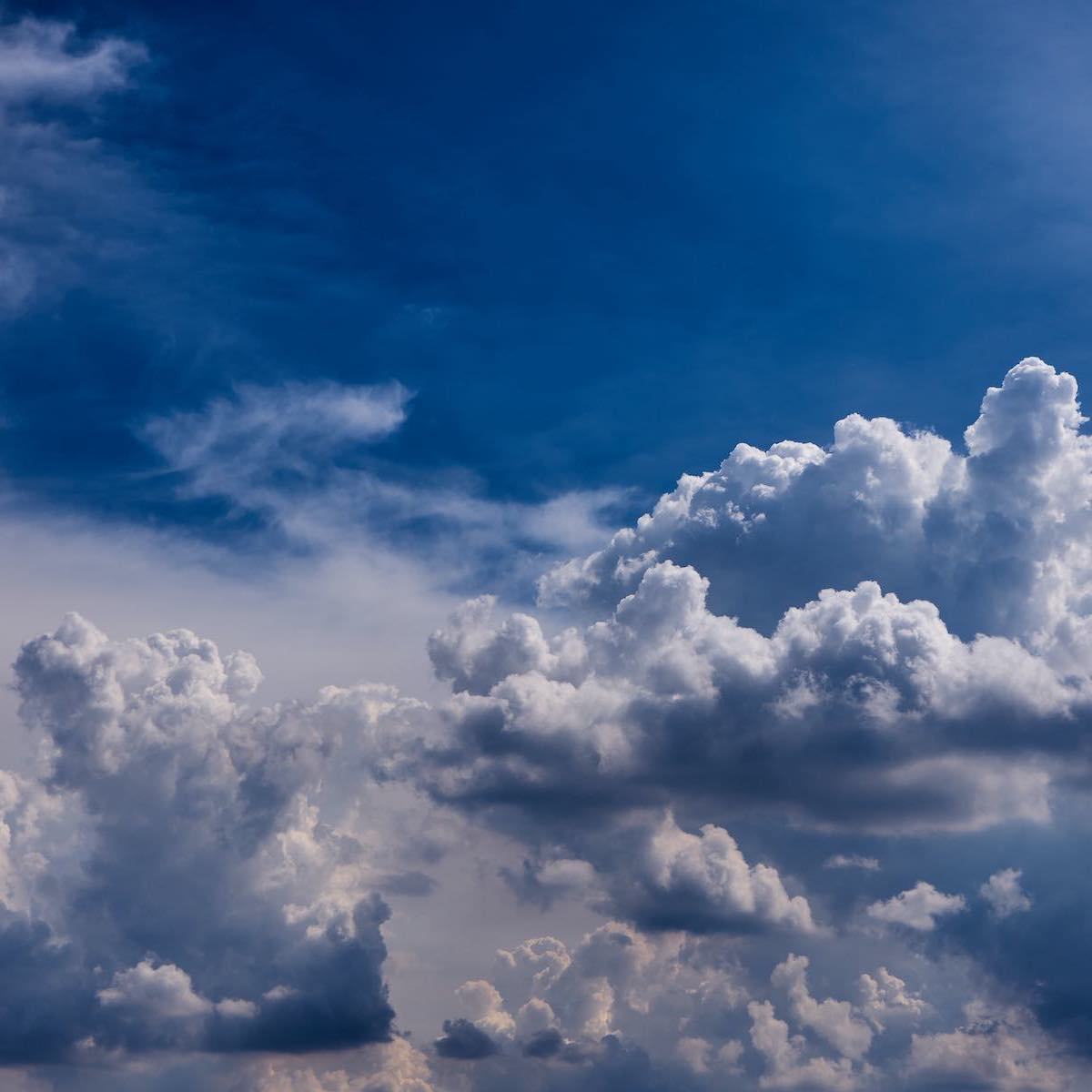 Especially important for the formation of the weather are the solar radiation on the earth and the radiation to the clouds and into space. The currents in the atmosphere are important for the weather trend. These depend, among other things, on the global wind systems, the terrain (mountains, deserts, oceans), but also on local influences.

The weather in spring in Germany is considered to be particularly moody. However, in recent years it has been less rainy and often too warm and too dry. In summer in Germany there is often the threat of a heat wave.

How to forecast the weather?

The basic idea of a weather forecast is to describe the weather by corresponding laws of nature. Weather services use different weather models for this purpose.

Weather stations provide meteorologists and those interested in weather with data about the weather elements. Based on the totality of these measured data, it is possible to derive the weather situation at a certain time at a certain place and thus to predict the current weather. With weather stations from TFA Dostmann you know at any time how the weather is and how it is expected to develop.

If weather forecasts concern the immediate future, they are usually relatively accurate. The 24-hour weather forecast often reaches a hit accuracy of a good 90 percent. This accuracy already decreases noticeably for forecasts for the next three days and is only a little more than 75 percent. Every additional day reduces the accuracy. In the meantime, however, the weather forecast for the coming week is as reliable as it was thirty years ago for the next day.

Even today, many people still use the so-called “farmer’s rules” as a basis for their weather forecast. Whether it’s the ice saints in May, the sheep’s cold in mid-June, or the seven dormant farmer’s rule from the end of June to the beginning of July, many such farmer’s rules have proven their worth many times over and give an indication of the current and future weather.

Difference between weather and climate

While weather describes the state of the atmosphere at a certain point in time at a certain place, climate is the annual course of weather typical for a region. The term climate describes a locally related overall state, but over a period of years and within the framework of a periodic regularity.

It thus indicates whether a place is normally rather dry, warm and humid or cold, on average over many years. Monthly curves of temperature and precipitation describe the climate in detail, which is derived from the weather statistics of many years.

Frequently asked questions about the weather

What is weather?
Weather is defined as the measurable actual state of the lowest layer of the earth’s atmosphere at a specific location with regard to air temperature, humidity, air pressure, precipitation and wind speed. What the weather is and more weather knowledge can be obtained from the weather expert TFA Dostmann.
How is the weather measured?
Weather stations and other measuring instruments provide meteorologists and weather enthusiasts with data on the weather elements. On the basis of the totality of these measurement data, it is possible to derive the weather situation at a certain point in time at a certain location and thus to predict the coming weather > weather forecast.
What are the weather elements?
The weather is characterized by the behavior of the weather elements such as temperature, humidity, air pressure, precipitation, wind, which, however, do not always fully reflect the subjective impression of the weather. Discover more about the weather elementswith us!
What is the difference between climate and weather?
While weather describes the state of the atmosphere at a certain point in time at a certain place, climate is the annual course of weather typical for a region. More about the difference between weather and climate can be found here.

We use cookies on our website. Some of them are essential while others help us to improve this site and your use of it.

Here is an overview of all cookies we use. You can give your consent to whole categories or have more information displayed so that you can only select specific cookies.

These cookies are essential for the operation of the site and allow, for example, security-related functionality.

To further improve our website, we collect anonymous data for statistics and analysis. For example, we use these cookies to identify the traffic and the impact of certain pages on our site and to optimize our content.

We use cookies from social networks to show you more advanced content about our products and to form target groups to offer relevant advertising for this. For this anonymized data of your surfing behavior will be transmitted to the networks where they may be merged with other data from the network.